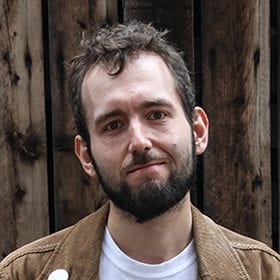 What Are You Looking At? – The Anatomy Of A Search Results Page

Search engine results pages are easy to take for granted, particularly with Google changing so often. We look at where the actual results are, and why other things are there in the first place. 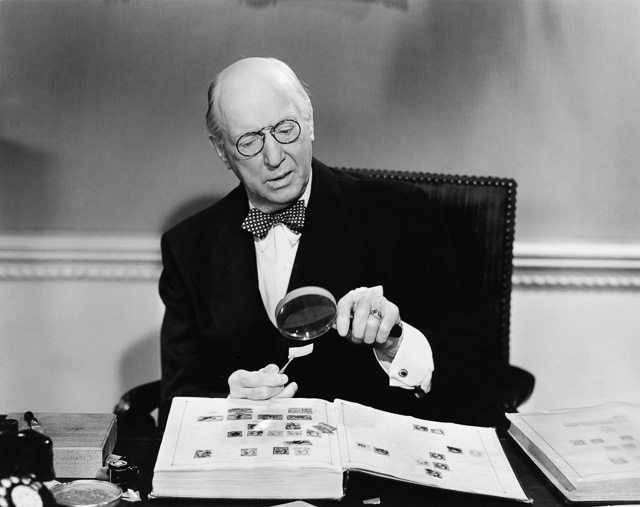 A search engine results page (SERP) is the fundamental first step of any query, be it on Google, Bing or any other search engine. Laid out before you are all of the potential answers to whatever query or phrase you’ve typed in, laid out in a user-friendly list, and ranked by the importance bestowed on it by the search engine.

But it’s a service that’s easy to take for granted, and Google is often changing. Sometimes, it’s a minor cosmetic detail, and others it’s an entire overhaul underneath the bonnet, such as updating its algorithms. But the changes Google makes to its SERPs are hidden in plain sight, and users may be too busy trying to answer their queries to notice.

But what are the separate parts which actually make up a SERP? Where are the actual results, and why are the other things there in the first place?

The results as listed on Google are made up of three main components, all of which will usually contain the keywords you are trying to target with that page.

The breadcrumbs are indicative of the address of the webpage for the listing, and also visually displays the site structure which accommodates the page itself.

The title tag is what is displayed in the tab of your internet browser. When optimised for SEO, title tags usually range between 50 and 60 characters before being potentially cut off by Google for length, providing a succinct description of a webpage. They are also often used as the anchor text when a page is linked externally.

A meta description serves as both an explanation for the contents of a webpage and an additional source of optimised content.

Including keywords in a meta description usually makes a search result appear more relevant (though it’s not generally thought to affect rankings the way a title tag does). Note that the text itself is not visible on the front-end of the website.

The list of search results that actually answer the query you’ve entered into Google are often a couple of lines below the full list of results.

We have already written about the way ads are dominating results pages, but Google has changed its layout since January, allowing more visibility for organic results. 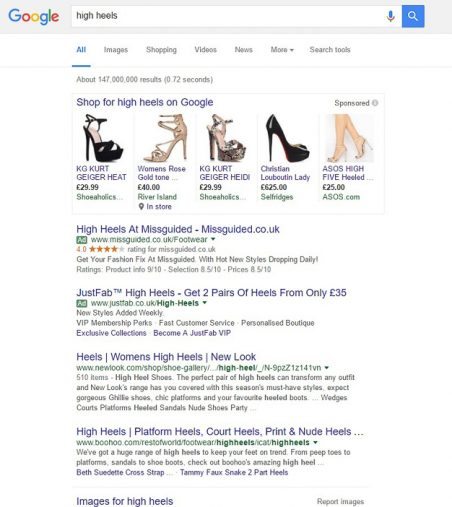 The sponsored shopping results take up the top line, and paid advertisements are the top two results. This means that, while it may be the top ranking organic search result, New Look’s listing for high heels only appears as the third result on the page. Paid results also take up the bottom three results on the page, leaving a total of eight organic search results for this query.

Searching for a branded query, for example “Go Up”, gives you a slightly different-looking SERP altogether: 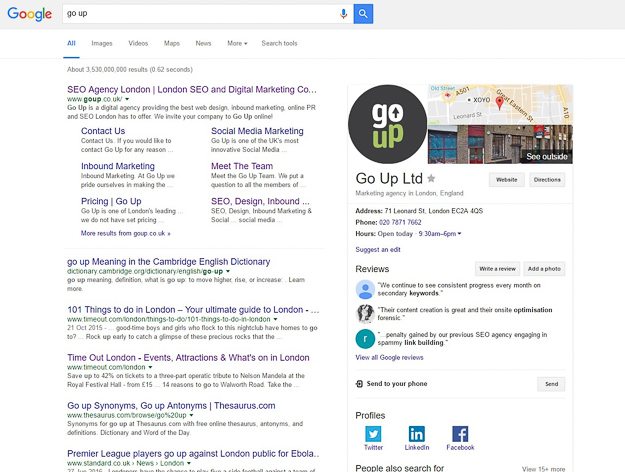 Our website is the top ranking page for the term “Go Up”, out of over 3.5 billion results, with no paid or advertised results displayed anywhere else on the page. To the right is our Google My Business listing, along with contact information, reviews from clients and links to social media profiles. These factors go towards improving a business’s local SEO ranking, as well as its potential customer conversion.

According to a 2015 announcement, more Google searches are conducted on mobile devices than desktop or laptop computers. It is little surprise that the search engine has adapted its results pages to accommodate location-based search.

For example, a search for “pizza” will immediately produce a list of three nearby pizza restaurants at the top of the page, rather than any paid results, with the usual organic search results and infoboxes taking up the rest of the page. 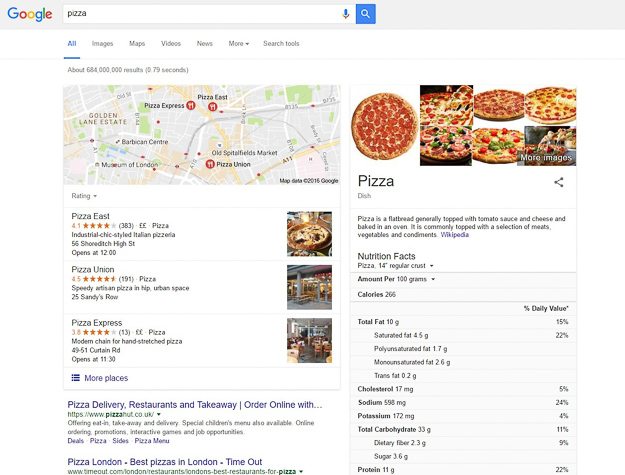 The future of SERPs

After trialling it on certain results pages, Google recently announced longer headlines for their advertised search results from the end of October. Just as quietly as expanded ad headlines were initially rolled out, Google have introduced expanded organic search results as well.

While titles were restricted to around 50 and 60 characters (depending on the combined width of the title) they’re now nearer 70 characters. For mobile, it’s even longer, with some titles pushing 80 characters. It’s still early days, but some have already wondered if this desktop-mobile disparity could mean separate optimisation options for mobile becoming the norm.

This being Google, there’s every chance this isn’t even a permanent change—they’re awfully fond of testing things out without announcing anything. As for impact, it’s early days yet—some blogs say they’ve already noticed an improvement to CTR, while Moz have said the changes have had no impact so far.

Writer, content and social media planner, journalist, and general SEO person. Enjoys words, music, and most combinations of both.