For those of you who do not know, there have been some very squeaky bums in the marketing arm of Interflora – the flower giant that just about every man who has ever forgotten valentine’s day or an anniversary will use to escape the wrath of their female counterparts. 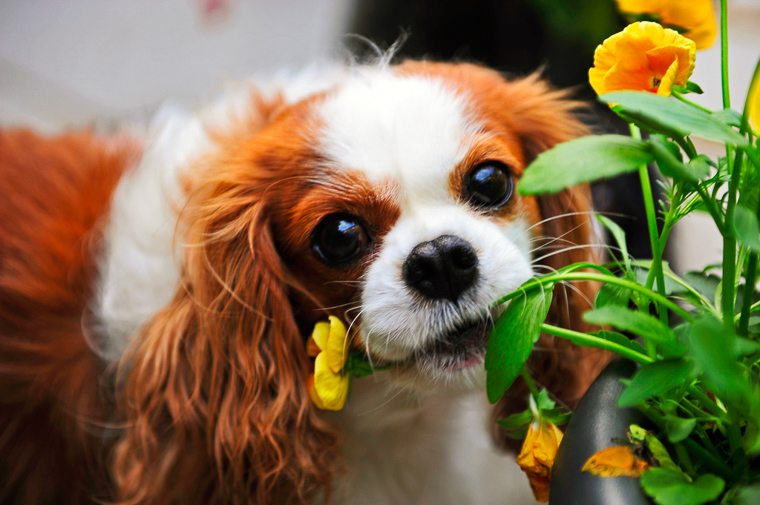 A couple of weeks ago, Interflora became invisible to search – many thought they had been un-indexed by Google. All the terms that they had genuinely dominated for years (flower delivery, flower company, etc) were now showing Marks & Spencer’s and various other competitors. Interflora did not even appear when you typed in their company name. I do not know how much business Interflora got through their website and search – but I would bet my fur that it was an eye watering number. So what happened?

There has been a lot of analysis about this particular situation. Some thought that the angry Penguin controlled by Google had been released from its cage and ordered to hit Interflora’s digital face with a cold most likely wet pectoral fin… or are they wings? After all they are technically flightless birds. Either way, there was much speculation that Interflora had been Penguin-slapped. There was also speculation that they had sent flowers to thousands of bloggers in return for links. Then Matt Cutts released a tweet hinting that they had been penalised for aggressive advertorial links – after all Google hate paid links more than Tim Burton hates reality.

We can discount the idea that Interflora have been penalised for sending bloggers flowers for review. This is purely subjective in whether you would that bribery for a link – and that would seem like entrapment on Google’s side if their detectives had masqueraded as bloggers in order to bait Interflora into this seeming innocent bribery.

The Penguin slap is a more viable option. Interflora’s back links appear to be extensive and although some have suggested overly optimised anchor text this would appear not to be the case. What is the case is that a huge amount of them are advertorials and this is what Matt Cutts appeared to be alluding to. Paying for adverts is not illegal, but claiming that optimising the adverts and using them for links is not paying for links is naive. Interflora have made sure that most of the advert links are placed on relevant websites – I would be surprised if they weren’t because advertorials may well drive sales for them. However, it is the links that have tripped them up. Paying for links should be avoided like the bubonic plague.

So what can we learn from this little escapade?

It would certainly appear that Google are trying to make an example of Interflora. It is not unlike USADA making an example of Lance Armstrong. Google are sending out a warning to everyone out there… that they are the boss. It does not matter how large your company is or how well known your brand is, if you blatantly try to manipulate the SERP’s with spammy tactics then they will take action. Everybody has to follow the same rules. They are clearly set out in the Webmaster guidelines and to be frank Interflora should have known better.

Furthermore, getting a website ranking for a seasonal event such as valentine’s day is something that should be done gradually. Interflora not only failed to ‘nofollow‘ their adverts but also placed hundreds of these ads within a very short period of time. Interflora probably gambled as to whether this would prick Google’s ears up or not. A gamble that did not pay off.

I do not want to get all zealot against spam, but it really is simple…99.9% of the time spam is a very bad idea. Eventually you will get caught and the rankings will drop off which can be catastrophic for a business. The issue is that spam can work in the short term. You can get results with spam, but they are not sustainable. Google will sniff you out and the dreaded Penguin will be released. SEO is a mid to long term strategy, spam has no longevity. To show my objectiveness I want to describe the only time that spam has produced results:

Car insurance is one of the most competitive SEO landscapes, big companies with big budgets. When Go Compare burst onto the scene they spammed their website like nothing else. They got high rankings for a few months then dropped off. Apparently this was a conscious executive decision in order to gain exposure, and it worked. The spammers out there who are still reading might be jumping in the air saying ‘Go Up have just endorsed spam, going against everything they have ever said’. NOT SO. Go Compare used spam to gain exposure and also ran it in line with an incredibly irritating but extensive TV, radio and print marketing campaign. They threw huge amounts of money and risk at it, and it paid off. The spammy links alone would not have meant success. Even with the other marketing channels it was still a very high risk strategy. Therefore it is by no means an avocation of spam. It is a clever move by a company with millions to spend on marketing. It is certainly an interesting case study but for the other 99.9% spam is not something to consider.

Interflora have now regained visibility on Google, albeit only for their name. I would love to see the inner working of that company and the long nights and hard decisions being made. They have been removing bad links for months but it would appear to be too little too late. It is likely they were warned by Google but failed to act quick enough. Either way they stand as a lesson for us all. Do not pay for links – ads included, do not spam, do not anger the penguin.