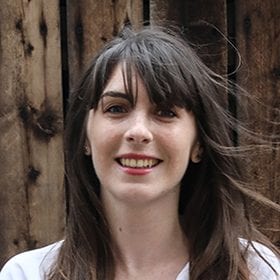 How Important Are Citations In Local SEO?

Citation building makes it much easier for potential customers to find your business, and also present it as a reliable and trustworthy company. But if you’re neglecting this process, could you be hampering your local SEO potential? 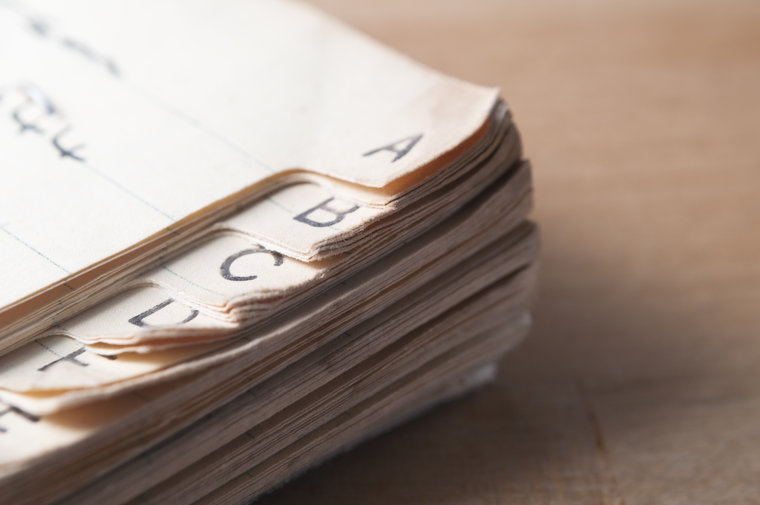 All business owners know how important it is to keep their online contact information up-to-date. You’re hardly likely to attract potential customers if they don’t know how to get in touch with you, and you’ll probably arouse suspicion if your address and phone number aren’t clearly listed. Who would trust a business that seems to be off the grid?

There’s another very good reason for you to flaunt your contact details: having your information listed across different websites—known as citation building—can actually give your Google rankings a boost in local search.

However, this process often seems like more hassle than it’s worth. It takes a lot of time and effort to find platforms and persuade them to include you on their site. And of course, the impact depends on your competitors’ approaches to citations too. So, is it worth focussing on them for the sake of your local visibility, or should your efforts be better spent elsewhere?

Citations are online references to your business, particularly your brand name, address, and phone number—known collectively as your NAP. These details are important because they act as a unique marker which solidifies your identity and helps Google separate you from all the other businesses listed online. Your NAP also demonstrates your physical presence in a particular geographical area, which is required if you’re going to appear in local search results.

An example of a Greek restaurant and its NAP in a citation on Yelp.

Generally, the more citations you have the better. For instance, a local business with lots of online mentions is more likely to rank higher than one that’s receiving little attention. Having the same NAPs across multiple locations also help to establish reliability, as this consistency effectively verifies these contact details. For example, if you’re listed by both a local blog and an online newspaper for that area, this suggests your business is part of a local community.

How should citations look?

Citations can be formatted in several ways. A partial citation will include just some of your NAP, such as your business name and address, or just your name and phone number. There’s no doubt that a partial citation is better than none at all, but really you should include the whole NAP to reap the maximum benefits. So, here at Go Up, our citation would read:

It doesn’t matter whether your NAP is formatted across one line, or with line breaks like you would format the address in a letter. All you need to do is make it completely identical to what’s on your website, as well as your Google My Business page. 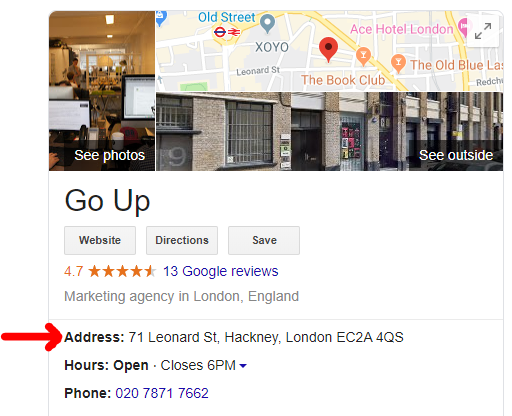 It’s important to ensure your NAP is consistent across your website, Google Business profile and any other websites where you’ve built citations.

As consistency is key, you should avoid using abbreviations, such as Ltd., unless you have done so every time your NAP is listed online. You should also keep text and format of your NAP uniform across all platforms. For example, don’t add or remove spaces, switch between telephone area and country codes, or amend addresses to add extra information such as floors or suites if you haven’t done so elsewhere. However, don’t fret if you’ve recently changed your business name. As long as your phone number and address are the same, and your name is still a partial match—for example, has gone from “Hammond & Sons” to “Hammond & Price Accountants”—Google will still associate these citations with your business in search.

Notably, these don’t need to include links to your website. You can do this if you’d like to, but Google will still credit you even if the NAP is written in plain text. The most important thing is accuracy. So, if you move offices, you must update your citation with your new location across all the platforms you’re listed on. If you don’t, any inaccuracies could misdirect your customers, and cause real damage to reputation and revenue, as well as your search rankings.

Best practice citation building for local SEO is about quality as much as quantity. Yes, acquiring lots of listings are good, and business websites ranking in their local top 10 have an average of 75-86 citations—but those on high-authority and relevant web pages are the ones that will have the biggest impact on your ranking. For that reason, it’s worth exploring other possible sources such as blogs, forums, and press releases, or trying to replicate some of the places your main competitors have managed to get listed.

It’s important to remember that citation building is, unfortunately, not a one-off process. After taking the time to find sources and arrange listings, you’ll need to keep them updated to reflect any changes in your NAP. Meanwhile, you should constantly be on the lookout for potential sources and keeping an eye on where your competitors are being listed. All this effort could hugely cut into your weekly work schedule, so if citation building is something you’d like to explore, you may be better off doing this with the help of a professional SEO agency. They can take responsibility for getting you listed on high-quality websites, ensuring each NAP is consistent and monitoring new citation possibilities.

How effective are citations in boosting local SEO?

Citations are incredibly important in gaining trust from Google, and without this trust, it’s unlikely you’ll rank particularly well. They also help boost your visibility in local search, and if Google sees that you’re getting more attention than one of your competitors, you’ll probably beat them in SERPs. They are also believed to add more value to businesses which aren’t yet appearing in Google’s local business pack. However, their wider importance has somewhat diminished in recent years, and citations are now typically considered to be a foundational tactic as opposed to the be-all and end-all of local SEO.

This devaluation is connected to Google’s Possum algorithm update of September 2016, which increased competition in target locations. Though Google never officially confirmed this update, local SEOs noticed several differences following the change. For example, if multiple businesses operate in the same location, and under the same Google category, only one or two of these will now appear in the local pack, rather than each of them. Businesses outside of Google’s concept of a city’s borders are also now able to move up in local rankings, while results are becoming increasingly dependent on the physical location of the user thanks to the prioritisation of mobile users. If a user is geographically near a business relevant to their search, they will be more likely to see that listing first.

To really move the needle, acquiring local citations should only be a small part of a wider local SEO strategy. Other important components include localised link building, gathering online user reviews and ratings and content optimisation. It’s also a good idea to expand your keyword research strategy to encompass more location-specific terms and phrases.

This, of course, doesn’t mean neglecting the use of citations altogether. The presence and reliability they give your business make them far too important to be ignored. However, to really see a difference in your rankings, devising an all-encompassing strategy which strengthens all elements of local SEO is the best way for your website to make an impact.